While the team may be more focused on tomorrow's game with Real Salt Lake, the FC Dallas fans appear to be interested in next week's Texas Derby with the Houston Dynamo.

This photo was posted on FC Dallas's Facebook page earlier this evening. Come and Take It. Well done to whomever snuck into Robertson Stadium and did this. We're still waiting on the front office to make a play though to get back for the billboard and the ad. 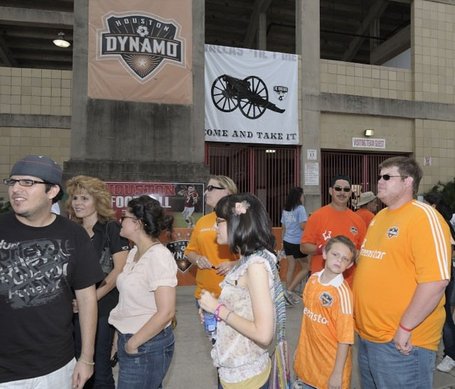