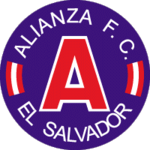 FC Dallas finally knows their fate for the 2011/12 CONCACAF Champions League. Today CONCACF announced that Dallas would face El Salvadorian club Alianza in the preliminary round.

Alianza won the 2011 Clausura Champion of El Salvador, Alianza won their first championship since 2004. They will be making their first trip to the CONCACAF Champions League. Their last regional success came back in 1967 when they won the CONCACAF Champions Cup. El Salvadorian club are typically a tough draw but one that a MLS team like FCD can get by against. The Seattle Sounders were able to get by El Salvadorian club Isidro Metapan in the preliminary round.

(Read on for more)

They have a couple guys that a some MLS fans may recognize. Former DC United midfielder Cristian Castillo currently plays for the Salvadorian side. Most recall he was a total bust in DC. They are lead on offense by 22-year old Rodolfo Zelaya, a Salvadorian who scored 13 goals for them this season, including two big ones in the final of the Clausura playoffs against FAS.

Alianza went 8-5-5 in Clausura play this past year with a plus 11 goal differential. In other words they won't be a push over.

Alianza plays in the largest stadium in Central America with a capacity slightly under 45,000. It is also the home to the national team.

Champions League preliminary stage starts July 26. FCD will be in New York on July 23, home for Chivas July 31. The return leg is set for the first week of August, right before Dallas goes to Los Angeles on August 6. It will be a busy couple of weeks for Dallas, and a couple of important ones too for that matter.

(UPDATE: Dallas will be on the road for the first leg and at home for the second leg)

Should Dallas move on to the group stage they will face the Canadian Cup winner (Toronto FC/Vancouver Whitecaps)/Esteli (Nicaragua), Monarcas/Pumas (Mexico) and Tauro FC (Panama).

The group itself may not be to terrible. Should one of the Canadian clubs move on, I would think those would be two winable games. The two Mexican clubs won't be easy but would be a fun draw here in Dallas. And Tauro will be a tough challenge as they are a team that would be tough on the road.

For the rest of the CCL draw, head over here to see the other groups.