Share All sharing options for: Behind Enemy Lines: Scouting Vancouver

So far it has been an up and down season for the Vancouver Whitecaps, much like it has been for FC Dallas. The Whitecaps got off to a fun start by beating rival Canadian club Toronto FC 4-2 on opening day but ever since then the Whitecaps haven't looked nearly the same. They did spark an unbelievable 3-3 come back at home against Sporting Kansas City a couple weeks ago. Last week against Chivas USA they were able to hold on to their first shutout of the season in a 0-0 draw.

But for the most part the Whitecaps are your typical expansion club in Major League Soccer.

Offensively they are driven by former FC Dallas midfielder/striker Atiba Harris, Designated Player Eric Hassli and Brazilian Camilo Sanvezzo. All have scored a couple goals a piece for the expansion side and each pose a different look to their offense. The trouble is none are consistent enough scorers yet, outside of Hassli at least. But the trouble with Hassli continues to be his yellow and red card accumulation.

Defensively the Whitecaps are a pretty decent club in the back with US National Team defender Jay DeMerit leading the charge. But sadly enough he's been banged up a bunch this season and the club has had to rely on guys like Blake Wagner (another former FCD man), Jonathan Leathers and rookie Michael Boxell. In all their defense has given up 10 goals so far, second worst in the league behind the Chicago Fire.

(Read on for questions/thoughts and more)

1. The Empire field factor. This will be the second straight game for Dallas on the road and playing on fake grass. Empire Field doesn't appear to be nearly as narrow as JELD-WEN Field was last week but we'll know better come Saturday if Dallas is able to bring their wide game more so than what they were abel to do in Portland. So far every game at Empire Field has been an interesting one. From the opener to the most recent draw to Chivas USA, games there haven't lacked any luster. While the Portland fans get all the press for the two expansion sides, the Whitecap fans are just as loud as their rivals.

2. Can Hassli stay out of trouble? Easily the biggest question on any Whitecap fan's mind. We know the guy can score and in bunches too but if he doesn't stay out of trouble, is he really worth the DP tag? I don't know but I know the guy can play from what I've seen out of him this season. I think the Philadelphia Union did a good job at showing exactly how to play against him though. Be strong and physical from the start with him, force him into dumb fouls too. Doing that will get his head out of the game and force other Whitecap players to step up.

3. Can the Whitecaps defense hold Ferreira, Castillo, Shea, etc for 90 minutes? Even though FCD hasn't looked great this season they are far better than the Chivas USA team that they just put the clamp on last week. If Dallas can use their speed on the wings this weekend like they should have been able to do against Portland last week, it will be a much more wide open game for Dallas. Vancouver does not have the outside speed that Dallas has and will have to rely on their big guys inside the box to clean up the damage.

If you have seen even two minutes of the Whitecaps this season, you'll know how vital this guy is to their attack. Shutting him down shuts down the passing game from the midfield and puts more pressure on the front two to do more work in the midfield themselves to create. In games where Chiumiento has been ineffective, the Whitecaps have struggled to get on the boards. Daniel Hernandez will probably be all over this guy come Saturday.

He's their home run hitter off the bench right now to spark their attack late. I'd imagine he'll come off the bench again for this one and be that late sub that is expected to fire up the attack when it needs a boost. Dallas will have force the rookie into early mistakes to keep him quiet. 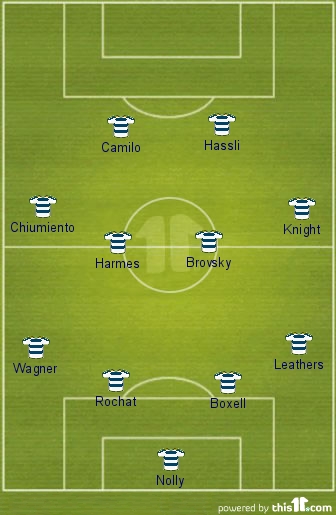 The first extended road trip of the season is always an interesting one. For Dallas it should have gotten off to a better start against Portland than what it did but moving on from that game there were some positives there that Dallas can build off of for this game against Vancouver. For me, getting at least a draw is a must in this one. We all talk about how Dallas started off last season in a similar fashion to what they are experiencing this year but until they prove they're just as good, if not better, than last year's edition then it is hard to expect more than a draw on the road here. Dallas must put pressure on Vancouver from the start in this one and hope to silence the crowd early. Vancouver is a tough team to put away from what we've seen but it can be done. Their defense is leaky and if David Ferreira can find some space to work his magic then points should be coming back to the Big D before the LA game next weekend.