Had FC Dallas gotten a draw in Colorado, the picture would be much more clear, but right now things are very much still up in the air on where FC Dallas can finish this season. FCD sits 1 point ahead of Colorado and 3 points ahead of Houston with a game in hand on both teams for the #4 spot in the west. 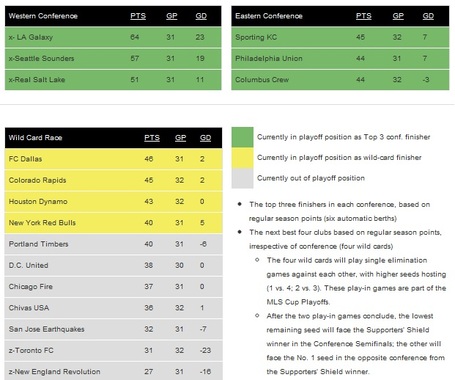 Things are also way, way up in the air on who Dallas would play in both the first round and, if Dallas does end up with the #4 seed, who they could play in the Eastern Conference Semifinal. There's literally about 100 different scenarios. If the playoffs started today, Dallas would host New York in a 1-game wild card round playoff, then travel to Kansas City for the Eastern Conference Semifinal.