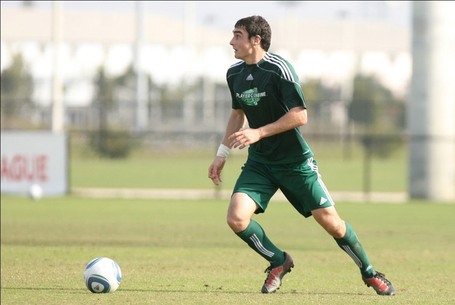 With the 17th overall pick FC Dallas has selected defender and defensive midfielder Bobby Warshaw from Stanford University. Warshaw, converted from midfield to defense after his sophomore season, was a four year starter for Stanford with an obvious nose for goal with 18 goals in 73 career games for the Cardinal.

Bobby was a 3-time all-Pac 10 selection and was named the Pac-10 Scholar Athlete of the Year.

In the second round, FC Dallas selected Charlie Campbell, a right sided midfielder/defender from NCAA runner-up Louisville and in the third round they picked defender Scott Gordon from Lynn University.