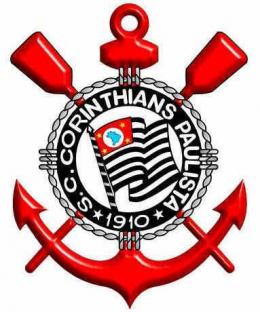 Dallas Cup is proud to announce that SC Corinthians of Brazil, two time Dallas Cup champions, will be returning with their Under-19 team next spring to the Super Group for the first time in 10 years.

One of the most popular teams in Brazil with an estimated 30 million fans, The Timão is the club of All-time World Cup leading scorer Ronaldo and currently just one point off the top spot in the Brazilian Championship with four games to go.

Famous for developing Brazilian stars like Rivelino, Deco, Willian and many more, Corinthians boast one of the best youth setups in Brazil and have won the prestigious Sao Paulo youth tournament seven times more than any other team.

Jump for the official press release featuring quotes from representatives of Corinthians, Nike and Dallas Cup.

Stay tuned to Big D Soccer for all your Dallas Cup news....Can't spoil anything yet, but there could be a doozy coming next week.

Dallas Cup Executive Director Gordon Jago continues Super Group announcements with the addition of SC Corinthians Paulista of Sao Paulo, Brasil.  “We are most pleased to welcome the club and Sr Afonso Armonia, Gerente Geral de Base at Corinthians, back to Dallas” states Mr. Jago.  “The club was last here in 2000 after winning back to back Super Group Championships.  I’m sure the club will bring their exciting style of football to the Dallas Cup”.

“We are very excited and happy in accepting the invitation and confirming our participation.  It will be a pleasure to be in Dallas again and to collaborate with the success of this unique youth soccer event.” says Sr Armonia.

Nike’s US Sports Marketing Director for Soccer, Joe Elsmore comments, “SC Corinthians Paulista is one of the most storied soccer clubs in all of Brazil. Their presence will no doubt up the level of competition at next year’s Dallas Cup. I am very excited to see these teams compete at the highest level.”)

“With the help of Miguel de Lima, President of De Lima Soccer Enterprises and long time Dallas Cup friend we are very pleased to have “Timão” back with us in 2011. With the addition of Corinthians and the earlier announcement of the participation of Arsenal FC (England) the Super Group continues to get stronger and promises to show very diversified styles of football.  It is interesting to note that in the past 15 Dallas Cup tournaments Brazilian clubs have won the Super Group 10 times” states Tournament Manager Randy Jones. We will continue to make further announcements on additional Super Group teams as details are finalized.  Discussions with other top teams from Europe, Central America, Japan and North America continue as we work to complete the Super Group.  The Dallas Cup website (www.dallascup.com) will have the latest information as it develops.  Check the site frequently for the latest news.”

If interested in sponsorship opportunities with “Dr Pepper Dallas Cup XXXII” or the “Dallas Is Diversity Program” please contact Executive Director Gordon Jago at the Dallas Cup office via phone at 214.221.3636