Share All sharing options for: Star Freshmen Lead SMU Soccer to a 3-0 Start 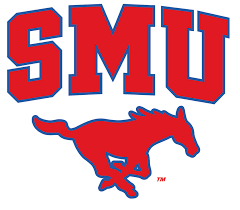 While the focus at Big D Soccer is FC Dallas, this website is devoted to all soccer in the area and arguably the second best team in the metroplex, the SMU men's team, has finished their first week of the season with a perfect 3-0 record.

SMU's first victory of the season came in a 3-2 overtime victory against Missouri State. The ponies battled back from two goals down at halftime with a "30 yard header" from local high school and Dallas Texans superstar freshman Zach Barnes and a late 88th minute equalizer from freshman Juan Castillo, another USSDA Texas division recruit from Texans SC. Sophomore TJ Nelson scored the first goal of his career 13 minutes into overtime to give the Hilltoppers a win in their first game.

This past Labor day weekend brought the SMU Classic to Westcott Field and games against Lipscomb and Seattle University. SMU jumped out to a quick lead in the 4th minute with yet another goal from a freshman, this time Real Colorado product Robbie Dershang. Zach Barnes added his second of the young season midway through the first half. Lipscomb pulled one back in the second half before another USSDA superstar, freshman AJ Corrado from Indiana's Carmel United, sealed the win with a late strike off a deflected free kick to make the final score 3-1 in favor of SMU.

SMU finished out their perfect week with a comprehensive 3-0 win over Seattle University. Castillo scored his second goal of the season to give SMU the lead in the 14th minute before Ben Hill, a redshirt freshman who played his club ball for Dallas Texans, doubled the lead right before the half. Yet another USSDA Texas division star freshman, Christopher Sendejas from Dallas Texans, closed out the scoring with a late goal off a corner.

The Ponies travel to Tulsa this weekend for a tournament where they'll face Southern Illinois-Evansville and Western Illinois. Their next home game is a huge Conference USA game against The University of South Carolina on Wednesday, October 6th.